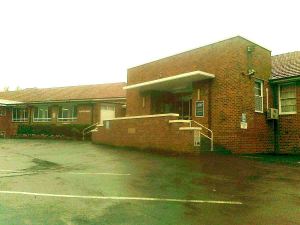 The Save Bulli ED Group hopes to find out enough detail to enable the community to respond to the Illawarra Shoalhaven Healthcare Services Plan for Bulli. Public comments on the plan are due by August 31.

“That’s a major breakthrough. Up until the day of the public rally to support the hospital, the health district was proposing an urgent care centre (UCC) at the Bulli ED site,” Ms Colton said.

“It is a tribute to the Illawarra community that all references to a UCC have now been completely removed from the latest health plan.”

Community resistance to reducing emergency services in the northern Illawarra has been strong and unrelenting. The community has rejected anything short of maintaining the current 24-hour, 7 days a week, Level 2 Emergency Department.

Over 500 people braved the winter winds to attend a protest rally in late July, over 12,000 people signed a petition organised by State Labor MP for Keira Ryan Park and many residents from all over the Illawarra have written letters to local newspapers and members of parliament.

At a recent meeting with Prof Denis King and State Liberal MP for Heathcote  Lee Evans, Save Bulli ED were offered a further small concession on opening hours. Previously, the health district wanted to cut the present 24 hour service to 8am to 8pm, but has now mooted a slight extension of 7am to 10pm.

“While it looks like the health district is giving a little ground, there are several unanswered questions,” Ms Colton said.

“We need answers, so that the community can respond to this (latest) ‘Plan’.”

A Sydney journalist, writer and historian, Mick Roberts specialises in Australian cultural history, particularly associated with the Australian hotel and liquor industry. Mick has had an interest in revealing the colourful story of pubs, inns and associated industries in Australia for over 30 years. He is currently working on a comprehensive history of the hotel and liquor industry in the Illawarra region of NSW. Besides writing a number of history books, Mick has owned and managed several community newspapers. He was one time editor of the Wollongong Northern News, The Bulli Times, The Northern Times, The Northern Leader and The Local - all located in the Wollongong region. As a journalist he has worked for Rural Press, Cumberland (News Limited), Sydney based, City News, and Torch Publications based in Canterbury Bankstown, NSW. He currently calls the inner-Sydney suburb of Surry Hills home.
View all posts by Mick Roberts »
« McCauleys Beach meeting at Thirroul tonight
July Neighbourhood Forum Briefs »