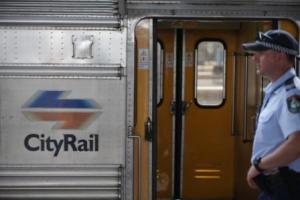 A STANWELL Park man will face court next month after he was found in possession of drugs and a hunting knife on Sutherland Railway Station last Wednesday.

Around 4pm police were patrolling Sutherland Railway Station, when they stopped the 18 year old man.

Police searched the him and allegedly located three knives, 22g of cannabis, and drug paraphernalia. The knives included a 30cm bread knife, 25cm hunting knife and a 15cm utility knife.

He was arrested and taken to Sutherland Police Station, where he was charged with custody of knife in public, possess prohibited drug and not make ticket available for inspection. He is due to appear before Sutherland Local Court on May 9.

A Sydney journalist, writer and historian, Mick Roberts specialises in Australian cultural history, particularly associated with the Australian hotel and liquor industry. Mick has had an interest in revealing the colourful story of pubs, inns and associated industries in Australia for over 30 years. He is currently working on a comprehensive history of the hotel and liquor industry in the Illawarra region of NSW. Besides writing a number of history books, Mick has owned and managed several community newspapers. He was one time editor of the Wollongong Northern News, The Bulli Times, The Northern Times, The Northern Leader and The Local - all located in the Wollongong region. As a journalist he has worked for Rural Press, Cumberland (News Limited), Sydney based, City News, and Torch Publications based in Canterbury Bankstown, NSW. He currently calls the inner-Sydney suburb of Surry Hills home.
View all posts by Mick Roberts »
« Looking Back: The Bulli Railway Bus
Bellambi pub robbery foiled »