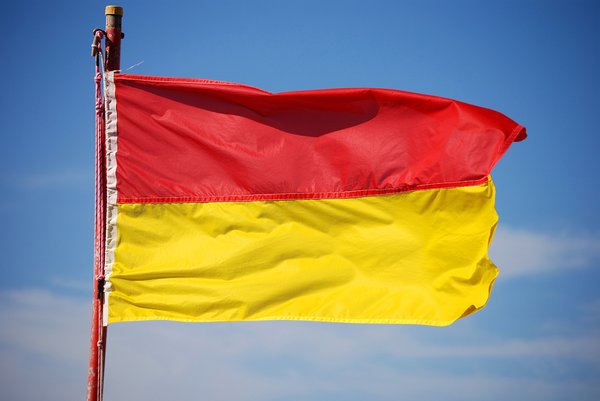 AS the weather turns cooler, Wollongong City Council lifeguards have brought the red and yellow flags in for the last time until spring.

Between September 2015 and April 2016, more than 1.3 million people took to the waves at beaches between Stanwell Park and Windang.

With a summer that stretched into a record breaking March, the 17 beaches were patrolled by up to 75 professional ocean lifeguards.

“Our lifeguards work hard to make sure everyone can enjoy a safe day on the beach,” Wollongong Beach Services Coordinator Jason Foye said.

This season, lifeguards performed 738 rescues and undertook about 58,179 preventative actions. These included warning the public about swimming risks and encouraging safe behaviour at the beach.

Mr Foye said there were only two fatalities at Wollongong beaches this season and both were at beaches during unpatrolled times.

“It’s really important that people remember to swim only at beaches that are patrolled and between the red and yellow flags,” he said.

This season, Council won a major award for our Beach Safety initiatives in the Westpool Risk Management Excellence awards. This is the third time in recent years that Council has won a risk management award. To win this award, Council had to compete against nine other Sydney and Illawarra councils.

North Wollongong Beach will continue to be patrolled from 9am to 4pm throughout winter. All other Wollongong city beaches are closed until the September school holidays.
For more information you can contact Council’s Customer Service on (02) 4227 7111.

A journalist, writer and historian, Mick Roberts specialises in Australian cultural history, particularly associated with the Australian hotel and liquor industry. Mick has had an interest in revealing the colourful story of pubs, inns and associated industries in Australia for over 30 years. He is currently working on a comprehensive history of the hotel and liquor industry in the Illawarra region of NSW. Besides writing a number of history books, Mick has owned and managed several community newspapers. He was one time editor of the Wollongong Northern News, The Bulli Times, The Northern Times, The Northern Leader and The Local - all located in the Wollongong region. As a journalist he has worked for Rural Press, Cumberland (News Limited), Sydney based, City News, and Torch Publications based in Canterbury Bankstown, NSW. He currently calls the inner-Sydney suburb of Surry Hills home.
View all posts by Mick Roberts »
« New playground for Austi
Imperial a step closer to re-opening »