Bulli Pass to close for 10 weeks 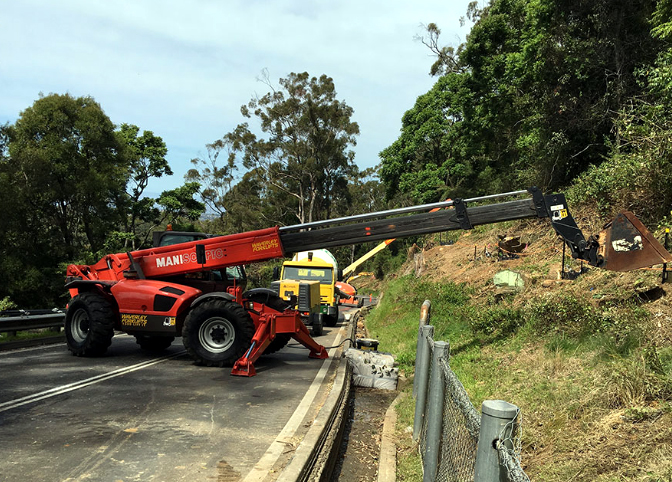 Work on stage one of the landslide fence on Bulli Pass

Roads and Maritime Services will be carrying out the second stage of safety works on Bulli Pass from the M1 Princes Motorway to the hairpin bend from August 28.

The road will be closed for a period of up to 10 weeks to complete the second stage of work, from Monday August 28 to Friday November 3 2017, weather permitting. Work will be completed as quickly as possible in day and night shifts, seven days a week.

The closure will allow the RMS to instal an additional 500m of landlside fencing. The fencing will add to 600m of fencing installed when the Pass was closed for two month in 2016, causing traffic chaos through the northern villages of Thirroul and Austinmer.Once installed, this will be the longest fence of its kind in Australia.

During the 2017 closure, Bulli Pass will be open in both directions over the October long weekend, from Friday 29 September 29 to Tuesday October 3.

Detours will be in place via Memorial Drive and the M1, or via Lawrence Hargrave Drive and the M1. Motorists should allow an additional 15 to 30 minutes travel time depending on their destination.

The RMS are inviting feedback by Friday April 21 2017 to help identify any additional issues which may need to be considered during the work and road closure.

A journalist, writer and historian, Mick Roberts specialises in Australian cultural history, particularly associated with the Australian hotel and liquor industry. Mick has had an interest in revealing the colourful story of Australian pubs and associated industries for over 30 years. He is working on a comprehensive history of the hotel and liquor industry in the Illawarra region of NSW. Besides writing a number of history books, Mick managed several community newspapers. He has been editor of the Wollongong Northern News, The Bulli Times, The Northern Times, The Northern Leader and The Local - all located in the Wollongong region. As a journalist he has worked for Rural Press, Cumberland (News Limited), the Sydney city newspaper, City News, and Torch Publications based in Canterbury Bankstown, NSW.
View all posts by Mick Roberts »
« Grimmer murder charge
Coalcliff pool upgrade »