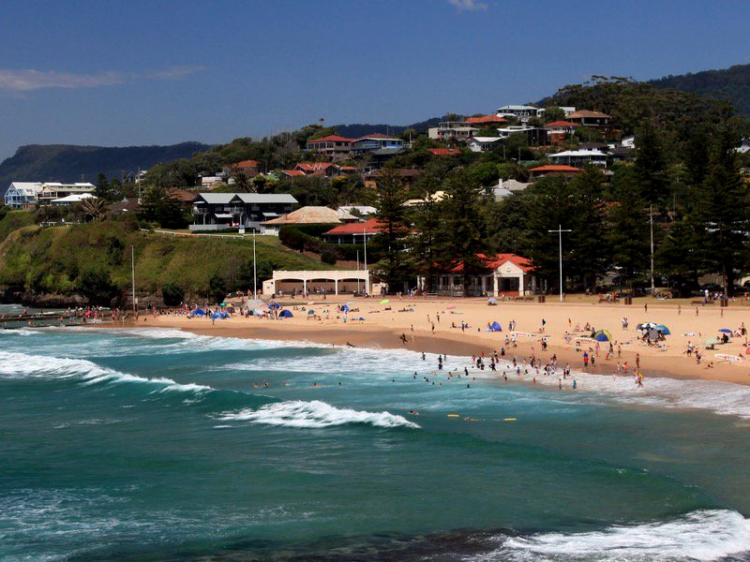 AUSTINMER Surf Club is to get a new roof this month, as part of an ongoing improvement program for the popular beachside spot.

The replacement roof will be the same heritage red as the existing aged roof, and is expected to take about a month to be installed, provided there are good weather conditions.

While the roof works are taking place, Wollongong City Council will also oversee minor improvement works to the adjacent toilet and shower facilities.

The ageing amenities block will have new lights inside the toilet cubicles in the mens and ladies toilets, repairs to seating and the interiors will be repainted.

“Council has put a lot of work into the Austinmer Beach precinct over the past few years – in addition to the refurbishment of the popular rock pools,’’ Wollongong Lord Mayor Gordon Bradbery said.

“We have installed a new, fenced and gated playground, and laid new grass at the front of the surf club and upgraded this area’s footpath and seating. Now it’s the surf club building’s turn with the replacement of its rusting roof, and a spruce up of the amenities block.

“We’re carrying out this work at this time of year when less people are using this spot to try and minimise disruption.’’

The minor work to the amenities block is a temporary measure as there is a long-term plan for a major refurbishment of this structure in the second half of 2018. Council is currently developing a design for this building which will incorporate measures to improve accessibility.

Meanwhile, work in Austinmer rock pools continues with a commercial diving contractor being brought on to develop a new methodology to assist with the installation of the remaining sea-side panels on the southern pool.

The aim of the revised methodology is to provide a way for the panels to be installed – guided by the divers – during calm seas and low tides.

“Until now for this work to be completed the contractor needs a combination of low tides, seas and swell so that they can crane into place the huge concrete panels, and, as the community knows, these windows have been few and far between,’’ Cr Bradbery said.

“To circumvent this, the team has come up with an innovative technique of using professional divers who can be in the water on the eastern side of the pool, directing the panels. It’s an exciting concept, but one that, obviously, needs well considered planning and precision.

“This project continues to throw up challenges. I applaud all those involved for developing of ways around them and thank the community for their ongoing patience as we work to restore these much-loved pools.’’

A Sydney journalist, writer and historian, Mick Roberts specialises in Australian cultural history, particularly associated with the Australian hotel and liquor industry. Mick has had an interest in revealing the colourful story of pubs, inns and associated industries in Australia for over 30 years. He is currently working on a comprehensive history of the hotel and liquor industry in the Illawarra region of NSW. Besides writing a number of history books, Mick has owned and managed several community newspapers. He was one time editor of the Wollongong Northern News, The Bulli Times, The Northern Times, The Northern Leader and The Local - all located in the Wollongong region. As a journalist he has worked for Rural Press, Cumberland (News Limited), Sydney based, City News, and Torch Publications based in Canterbury Bankstown, NSW. He currently calls the inner-Sydney suburb of Surry Hills home.
View all posts by Mick Roberts »
« Boot sale comes to Towradgi
Balgownie shooting charge »