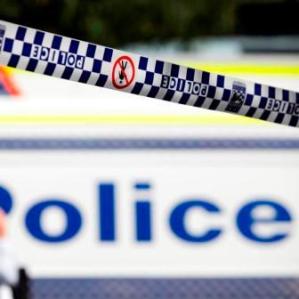 POLICE are seeking public assistance following an armed robbery at a service station at Bellambi yesterday.

About 1.35am on Tuesday, a man armed with a knife entered a service station on the corner of Pioneer Road and Rothery Road.

The man threatened the attendant before demanding money. He  left the service station with an amount of cash and was last seen heading south on Pioneer Road.

The man is described as being of Caucasian appearance, approximately 175cm tall, with a thin build. He was wearing a black hooded jacket, long grey pants, running shoes and had a black face covering.

No one was injured during the incident and investigations are continuing.

A journalist, writer and historian, Mick Roberts specialises in Australian cultural history, particularly associated with the Australian hotel and liquor industry. Mick has had an interest in revealing the colourful story of pubs, inns and associated industries in Australia for over 30 years. He is currently working on a comprehensive history of the hotel and liquor industry in the Illawarra region of NSW. Besides writing a number of history books, Mick has owned and managed several community newspapers. He was one time editor of the Wollongong Northern News, The Bulli Times, The Northern Times, The Northern Leader and The Local - all located in the Wollongong region. As a journalist he has worked for Rural Press, Cumberland (News Limited), Sydney based, City News, and Torch Publications based in Canterbury Bankstown, NSW. He currently calls the inner-Sydney suburb of Surry Hills home.
View all posts by Mick Roberts »
« Helensburgh grandstand upgraded
Corrimal facade project »