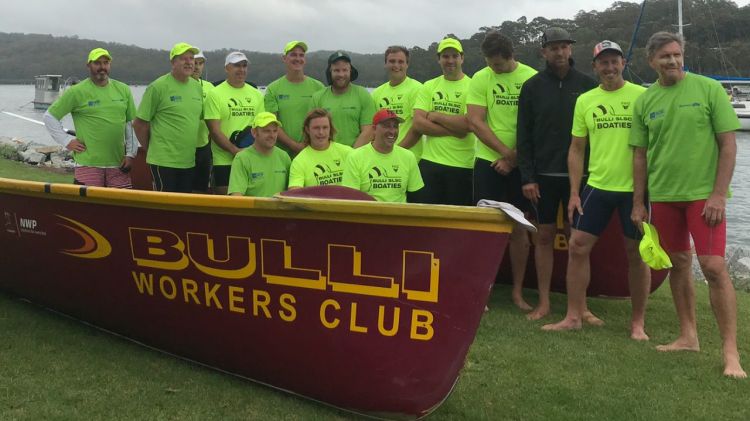 The Bulli Surf Lifesaving Club Open Men’s Crew remain undefeated in the George Bass Surf Boat Marathon. In the 2018 marathon, the Bulli crew dominated every single leg – over seven days and 190kms of rowing from Bateman’s Bay to Eden harbour. This was the first time that the Bulli crew won each leg since 1979.

This year there were dual winners of Wollongong Senior Citizen of the Year, David North and Dr Annette Beaufils. Mr North was awarded for his lifelong commitment to Scouting NSW. He has been involved since joining the movement in 1958 as a Cub Scout. He is presently the Regional Chairman for South Coast and Tablelands. Dr Beaufils has been a Doctor in Helensburgh since finishing her training in 1976. Dr Beaufils has served the community members of the northern suburbs for more than 38 years.

Dr Beaufils graduated from the University of NSW in 1976 and after her post-graduate training she began a family medical practice in Helensburgh.  Dr Beaufils has served the residents of the northern suburbs for more than 38 years and has provided medical advice and assistance to local residents in all situations. She also provides a practice for trainee doctors and is a long-time supporter of local schools and local group fundraising.

Illawarra business women and co-founder of the Illawarra International Women’s Day Committee Vicki Tiegs has been named 2018 Australia Day Citizen of the Year.

Wollongong Lord Mayor Gordon Bradbery said it was an honour to be able to present the outstanding citizens and community organisations with recognition for the selfless work they do in the community each and every day.

“Every person and organisation who received an award makes an amazing contribution to our community,”he said.

“Once again the awards are presented to people from all areas of life and the city. They highlight the diversity of people, their passions and their selfless work in our community.”

A journalist, writer and historian, Mick Roberts specialises in Australian cultural history, particularly associated with the Australian hotel and liquor industry. Mick has had an interest in revealing the colourful story of pubs, inns and associated industries in Australia for over 30 years. He is currently working on a comprehensive history of the hotel and liquor industry in the Illawarra region of NSW. Besides writing a number of history books, Mick has owned and managed several community newspapers. He was one time editor of the Wollongong Northern News, The Bulli Times, The Northern Times, The Northern Leader and The Local - all located in the Wollongong region. As a journalist he has worked for Rural Press, Cumberland (News Limited), Sydney based, City News, and Torch Publications based in Canterbury Bankstown, NSW. He currently calls the inner-Sydney suburb of Surry Hills home.
View all posts by Mick Roberts »
« Greens want ban lifted
Revised plans for Austi pavillion »