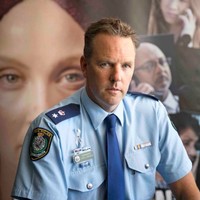 TWO men have been charged after a police officer was injured during an arrest at Otford just before 6.30pm on Friday.

Checks revealed the driver, a 29-year-old man, was disqualified from driving and had allegedly breached bail conditions. During the attempted arrest of the man it’s alleged he resisted officers before assaulting a senior constable. It’s further alleged the passenger, a 31-year-old man, repeatedly attempted to hinder police.

Both were subdued and arrested before being taken to Wollongong Police Station.

The 29-year-old man, from South Hurstville, was charged with assaulting a police officer, causing actual bodily harm, resisting arrest, driving while his licence was cancelled and breach of bail.

The older man was issued a court attendance notice for the offence of hindering police.

The police officer was taken to Wollongong Hospital suffering injuries to his face and hand.

“Our local police put themselves in harm’s way on a daily basis in an effort to prevent, disrupt and respond to crime in the Illawarra region,” Supt Craner said.

“Incidents like this highlight the very real risks they face.”

A journalist, writer and historian, Mick Roberts specialises in Australian cultural history, particularly associated with the Australian hotel and liquor industry. Mick has had an interest in revealing the colourful story of Australian pubs and associated industries for over 30 years. He is working on a comprehensive history of the hotel and liquor industry in the Illawarra region of NSW. Besides writing a number of history books, Mick managed several community newspapers. He has been editor of the Wollongong Northern News, The Bulli Times, The Northern Times, The Northern Leader and The Local - all located in the Wollongong region. As a journalist he has worked for Rural Press, Cumberland (News Limited), the Sydney city newspaper, City News, and Torch Publications based in Canterbury Bankstown, NSW.
View all posts by Mick Roberts »
« Fairy Meadow man on drug charges
Thirroul elder abuse »