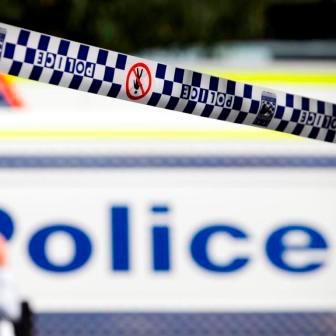 A TOWRADGI man will in appear in court next month after he allegedly assaulted an employee at a fast-food restaurant in Sylvania.

About 2.15am on Saturday, a 21-year-old man went to a fast-food restaurant at the intersection of Port Hacking Road and Princes Highway, and allegedly sprayed a fire extinguisher assaulting an employee.

The 23-year-old woman employee was not injured as a result of the incident.

Following inquiries, police went to a home on Murranar Road, Towradgi and spoke to a 21-year-old man about 9.20pm on Thursday.

The man was issued with a court attendance for common assault and destroying or damaging property.

He is due to appear at Sutherland Local Court on Thursday November 8.

A journalist, writer and historian, Mick Roberts specialises in Australian cultural history, particularly associated with the Australian hotel and liquor industry. Mick has had an interest in revealing the colourful story of Australian pubs and associated industries for over 30 years. He is working on a comprehensive history of the hotel and liquor industry in the Illawarra region of NSW. Besides writing a number of history books, Mick managed several community newspapers. He has been editor of the Wollongong Northern News, The Bulli Times, The Northern Times, The Northern Leader and The Local - all located in the Wollongong region. As a journalist he has worked for Rural Press, Cumberland (News Limited), the Sydney city newspaper, City News, and Torch Publications based in Canterbury Bankstown, NSW.
View all posts by Mick Roberts »
« Bellambi woman found dead
Man charged with mother’s murder »