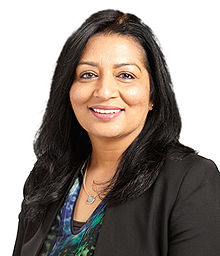 THE Australian Greens will set aside $1.5 billion to start construction of a Thirroul rail tunnel to slash rail travel times to Sydney for the people of the Illawarra as part of their Federal Election platform.
Senator for NSW, Dr Mehreen Faruqi, who is also a civil and environmental engineer, said the Greens will redirect money for toll roads across the country into public transport projects.

The Greens will set aside $1.5 billion of that funding towards the Thirroul tunnel, which, Dr Faruqi said will cover almost half the expected price tag and will shave 22 minutes of each trip between the Illawarra and Sydney.

“We know that thousands of people travel between the Illawarra and Sydney every day and face overcrowded trains, long commutes and a lack of seating. It doesn’t have to be this way the Illawarra deserves world class, 21st Century public transport.
“As a civil engineer it is frustrating to see Government’s commit to building multibillion dollar toll roads, like the F6, rather than invest in real solutions at a fraction of the cost, like the Thirroul tunnel.
“The Greens will set aside $1.5 billion dollars of Federal Funding to go towards the Thirroul Tunnel. This will cover almost half the expected price tag and shave nearly 25 minutes off each trip.”

A journalist, writer and historian, Mick Roberts specialises in Australian cultural history, particularly associated with the Australian hotel and liquor industry. Mick has had an interest in revealing the colourful story of Australian pubs and associated industries for over 30 years. He is working on a comprehensive history of the hotel and liquor industry in the Illawarra region of NSW. Besides writing a number of history books, Mick managed several community newspapers. He has been editor of the Wollongong Northern News, The Bulli Times, The Northern Times, The Northern Leader and The Local - all located in the Wollongong region. As a journalist he has worked for Rural Press, Cumberland (News Limited), the Sydney city newspaper, City News, and Torch Publications based in Canterbury Bankstown, NSW.
View all posts by Mick Roberts »
« Fairy Meadow man arrested
Tasered man at Fairy Meadow »