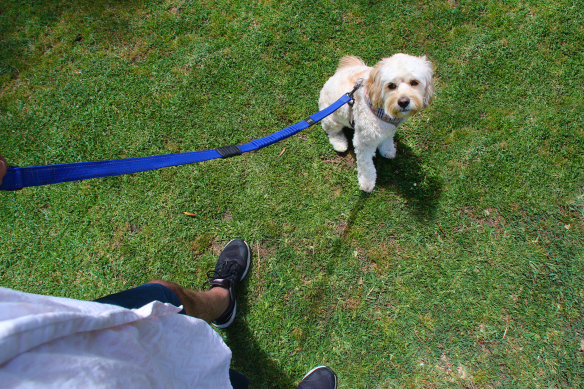 A NEW off-leash dog park is under consideration for a park off Bott Drive, Bellambi.

Wollongong City Council is asking the community what they think of a plan to provide three new off-leash parks.

The option for three additional off-leash park areas would bring the number of these parks in in Wollongong to eight. Council is also asking people what type of dog park equipment might make for a better experience for their furry friends.

The community engagement is part of a scheduled review of Council’s Dogs on Beaches and Parks Policy. There are no changes proposed in the Policy.

“We’re a city of passionate dog owners with more than more than 60,000 registered and unregistered dogs in our City. An important part of being a responsible dog owner is to allow them to exercise and interact with other animals in appropriate places for the happiness of dogs, other residents and visitors ,’’ Wollongong Lord Mayor Gordon Bradbery said.

“This Policy, which is reviewed every three years, provides the framework and ways Council can provide spaces and opportunities for dogs to exercise and socialise. I’m keen to hear community feedback on the proposal to add a further three dog parks to the list of spaces.

“It’ll also be interesting to hear what the community might like to see in these spaces that will make ensure they’re appealing and well used.’’

Cr Bradbery said now, while the Policy was on exhibition and the weather was warming up, was a good time for people to re-familiarise themselves with their responsibilities as dog owners.

“I think this is a great opportunity for dog owners to read up on the various beaches where their dogs can and may not go including rock pools and on to rock platforms,’’ he said.

‘For example, it’s important for people to know that rock pools are red or prohibited zones for dogs, while in an orange or timed access area dogs are allowed but only if they’re on a leash and at certain times of day.’’

The policy is on public exhibition for until December 7 and people are able to review the document and provide feedback through Council’s Have Your Say website. Alternatively, come along to Viva la Gong in MacCabe Park, Wollongong, on Saturday November 10, to talk to staff about your ideas.

A journalist, writer and historian, Mick Roberts specialises in Australian cultural history, particularly associated with the Australian hotel and liquor industry. Mick has had an interest in revealing the colourful story of Australian pubs and associated industries for over 30 years. He is working on a comprehensive history of the hotel and liquor industry in the Illawarra region of NSW. Besides writing a number of history books, Mick managed several community newspapers. He has been editor of the Wollongong Northern News, The Bulli Times, The Northern Times, The Northern Leader and The Local - all located in the Wollongong region. As a journalist he has worked for Rural Press, Cumberland (News Limited), the Sydney city newspaper, City News, and Torch Publications based in Canterbury Bankstown, NSW.
View all posts by Mick Roberts »
« Tasered man at Fairy Meadow
Boy hit on Balgownie Road »