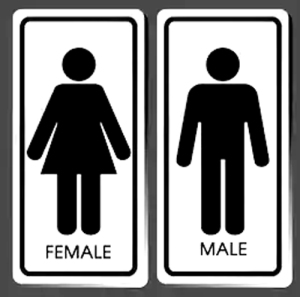 The draft strategy looks at issues such as opening hours, the use of pop-up urinals in popular night time areas, involving the community in art and graffiti projects, temporary / mobile CCTV around 24-hour public toilets, frequency and timing of cleaning, and accessibility.

Council is seeking further community comment into the draft strategy until February 22.

In the five years to June 2018, Council spent $9.5 million on the renewal, upgrade or creation of around 25 public toilets across the city.

Wollongong Lord Mayor Gordon Bradbery said Council is “committed to creating a liveable city that provides a high quality experience for its residents and visitors”.

“This includes providing public toilets that are well located, safe, clean, easy to find and accessible for the community.

“The strategy will allow for a co-ordinated and consistent approach to the management and provision of Council’s public toilets as part of our goal for a healthy community in a liveable city.”

The draft strategy was informed by community views on public toilet provision through the biennial Community Survey, the Disability Inclusion Action Plan 2016-2020 and a survey seeking community feedback on the draft public toilet principles.

The draft strategy is available at Wollongong City Council’s website and at libraries. For more information contact the Council on (02) 4227 7111.

A journalist, writer and historian, Mick Roberts specialises in Australian cultural history, particularly associated with the Australian hotel and liquor industry. Mick has had an interest in revealing the colourful story of Australian pubs and associated industries for over 30 years. He is working on a comprehensive history of the hotel and liquor industry in the Illawarra region of NSW. Besides writing a number of history books, Mick managed several community newspapers. He has been editor of the Wollongong Northern News, The Bulli Times, The Northern Times, The Northern Leader and The Local - all located in the Wollongong region. As a journalist he has worked for Rural Press, Cumberland (News Limited), the Sydney city newspaper, City News, and Torch Publications based in Canterbury Bankstown, NSW.
View all posts by Mick Roberts »
« Heat wave prompts extended hours at Wollongong’s northern beaches
Coledale arrest after armed stand-off »