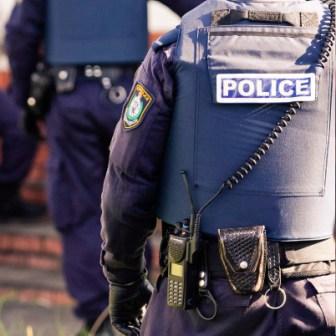 A MAN has been arrested following a stand-off with police at Coledale overnight.

About 12.20am (29 January 2019), police were called to a home on Buttenshaw Drive, following concerns for the welfare of the occupants.

It will be alleged a male occupant refused to leave and armed himself with a knife.

A perimeter was established and not long after, the man’s elderly mother came out of the house unharmed.

The operation continued until 6.50am, when the 40-year-old man was arrested.

He was taken to Wollongong Police Station and charged with using a weapon to resist arrest and cultivating a prohibited plant.

A journalist, writer and historian, Mick Roberts specialises in Australian cultural history, particularly associated with the Australian hotel and liquor industry. Mick has had an interest in revealing the colourful story of Australian pubs and associated industries for over 30 years. He is working on a comprehensive history of the hotel and liquor industry in the Illawarra region of NSW. Besides writing a number of history books, Mick managed several community newspapers. He has been editor of the Wollongong Northern News, The Bulli Times, The Northern Times, The Northern Leader and The Local - all located in the Wollongong region. As a journalist he has worked for Rural Press, Cumberland (News Limited), the Sydney city newspaper, City News, and Torch Publications based in Canterbury Bankstown, NSW.
View all posts by Mick Roberts »
« New public toilets planned for Austinmer Beach and Stanwell Park
Austinmer War Memorial to be upgraded »