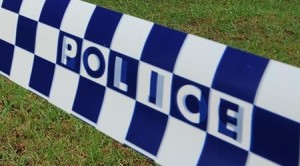 A BODY has been pulled from the water at Little Marley Beach, in the Royal National Park, this morning.

Emergency services were called about 10.50am today (Tuesday), after a man was seen floating in the water. He was winched by helicopter however paramedics were unable to revive him, and he died at the scene.

A small fishing vessel has also been found on rocks near Bundeena.

While formal identification is yet to be complete, it’s not believed the body is that of a man reported missing from the Figure Eight Pools yesterday.

Police remain on scene conducting inquiries into the circumstances surrounding the death.

A journalist, writer and historian, Mick Roberts specialises in Australian cultural history, particularly associated with the Australian hotel and liquor industry. Mick has had an interest in revealing the colourful story of pubs, inns and associated industries in Australia for over 30 years. He is currently working on a comprehensive history of the hotel and liquor industry in the Illawarra region of NSW. Besides writing a number of history books, Mick has owned and managed several community newspapers. He was one time editor of the Wollongong Northern News, The Bulli Times, The Northern Times, The Northern Leader and The Local - all located in the Wollongong region. As a journalist he has worked for Rural Press, Cumberland (News Limited), Sydney based, City News, and Torch Publications based in Canterbury Bankstown, NSW. He currently calls the inner-Sydney suburb of Surry Hills home.
View all posts by Mick Roberts »
« Greens announce $1.8 billion coal community investment program
Truck driver to face court over last year’s Fairy Meadow Macca’s crash »