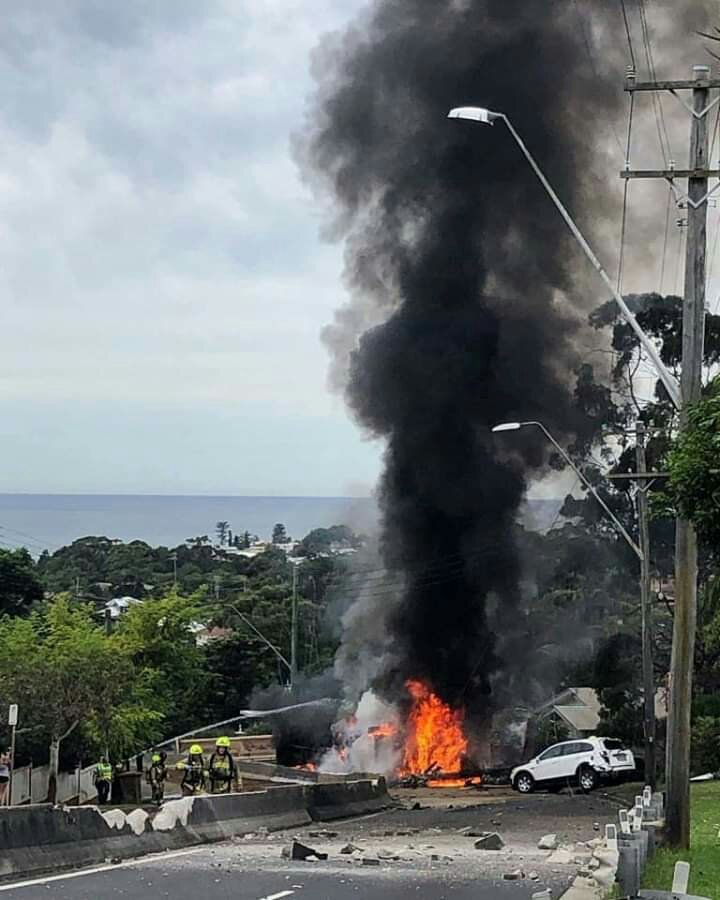 The crash scene on Bulli Pass this afternoon. Photo and video: Anthony Turner.

A TRUCK crash has closed Bulli Pass this afternoon.

The RMS advise that the road will be closed until later this evening and to avoid the area.

Emergency services were called to the crash about 3.30pm today to find an intense fire, with powerlines down. 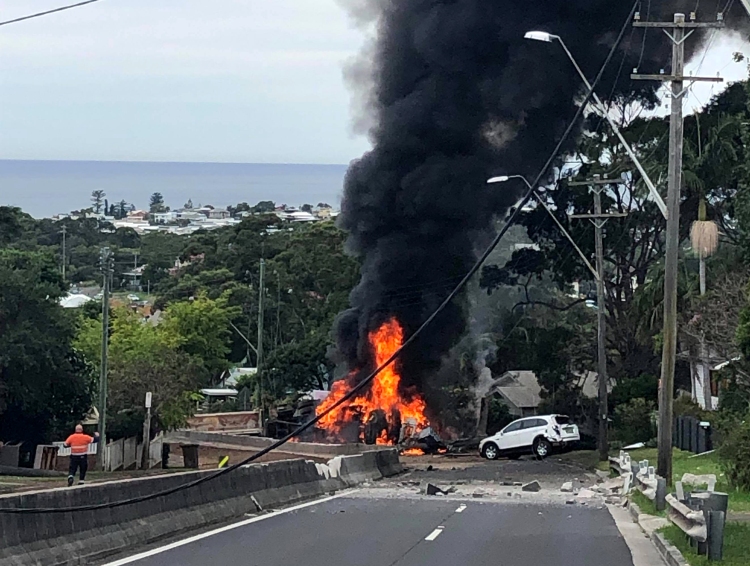 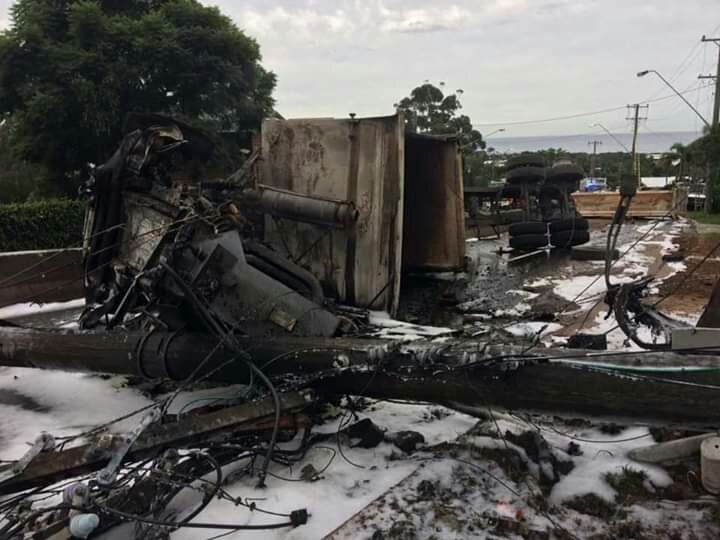 The aftermath of the truck crash. Photo: RMS

Also in attendance was NSW Police Force and NSW Ambulance.

Motorists are advised to use Mount Ousley Road or Lawrence Hargrave Drive as alternative routes. Emergency services, RMS crews and a tow truck are at the scene working to salvage the truck.

There is no forecast as to when the road will reopen.

The mop up after the Bulli Pass truck crash this afternoon. Photo: RMS

A journalist, writer and historian, Mick Roberts specialises in Australian cultural history, particularly associated with the Australian hotel and liquor industry. Mick has had an interest in revealing the colourful story of Australian pubs and associated industries for over 30 years. He is working on a comprehensive history of the hotel and liquor industry in the Illawarra region of NSW. Besides writing a number of history books, Mick managed several community newspapers. He has been editor of the Wollongong Northern News, The Bulli Times, The Northern Times, The Northern Leader and The Local - all located in the Wollongong region. As a journalist he has worked for Rural Press, Cumberland (News Limited), the Sydney city newspaper, City News, and Torch Publications based in Canterbury Bankstown, NSW.
View all posts by Mick Roberts »
« Swing against Evans in Heathcote as Liberals claim victory in NSW election
Bulli Pass re-opens after truck inferno »