Austinmer stone wall to be replaced

A METRE high dry-stacked stone wall in The Grove, Austinmer will be replaced due to concerns of slope slippage and trees falling onto the road.

The existing wall, adjacent to residences 25-29 The Grove and approximately 35 metres long with a maximum height of a metre, has failed due to softer clay stones used in the original construction as well as the impact of tree roots. 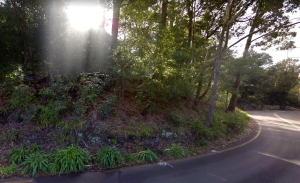 The stone wall to be replace at The Grove, Austinmer. Picture: Google Streetview

Wollongong City Council  will replace the wall with durable sandstone rock, and along with a slope stability mat and replanting, which it says will provide long-term stability to the embankment behind the wall.

One vehicle traffic lane will be closed each day during the works with traffic lights controlling vehicle movements adjacent to the work zone.

A Council spokesperson said following feedback from community consultation the number of trees to be removed was reduced from 11 to three, with any further removals subject to soil stability and pending an arborist report.

The works are due to start on July 1 and last for about eight weeks, weather permitting.

A journalist, writer and historian, Mick Roberts specialises in Australian cultural history, particularly associated with the Australian hotel and liquor industry. Mick has had an interest in revealing the colourful story of pubs, inns and associated industries in Australia for over 30 years. He is currently working on a comprehensive history of the hotel and liquor industry in the Illawarra region of NSW. Besides writing a number of history books, Mick has owned and managed several community newspapers. He was one time editor of the Wollongong Northern News, The Bulli Times, The Northern Times, The Northern Leader and The Local - all located in the Wollongong region. As a journalist he has worked for Rural Press, Cumberland (News Limited), Sydney based, City News, and Torch Publications based in Canterbury Bankstown, NSW. He currently calls the inner-Sydney suburb of Surry Hills home.
View all posts by Mick Roberts »
« Film festival visits Thirroul and Corrimal
Northern Woolies stores install defibrillators »