Austinmer to be part of food waste composting trial 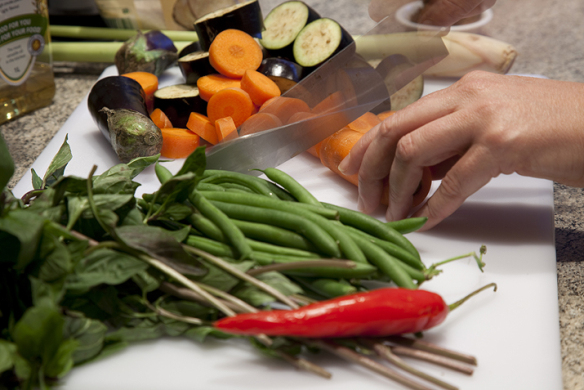 AUSTINMER residents will be part of the launch of a trial during September that will compost food waste, helping to reduce the amount of landfill, and that aims to cut down on greenhouse gas emissions.

Wollongong City Council will launch a Food Organics Garden Organics or FOGO trial in three suburbs across the city this Spring.

Selected households in Austinmer, Cordeaux Heights and Warrawong will be invited to participate in the three month trial. During the September 2019 trial residents will be asked to put their household organics such as raw and cooked meat, fruit and vegetable scraps and bread into their green-lidded bin along with their normal garden waste.

The organics bins will be collected fortnightly, as normal, but the contents will be taken to a Council contractor’s site at Kembla Grange for controlled composting.

“We know our community is keen to see Wollongong embrace FOGO as a way to reduce our environmental impact and keep organics from landfill,’’ Wollongong Lord Mayor Gordon Bradbery said.

“We’ve more than 216,000 people who call this area home and together we generate a significant amount of waste. By running this trial, we’ll able to assess FOGO as an option for our city and to identify ways we can reduce the volume of landfill and our greenhouse gas emissions.’’

“Our residents put close to 40,000 tonnes of residential waste into the landfill site at Whyte’s Gully each year,’’ he said.

“Food and organic materials that go into this site create greenhouse gases as they decompose, and these are environmentally harmful.

“We already offer and support a range of ways people can recycle items and dispose of environmentally harmful items, such as car batteries and paint, to keep them out of landfill. This is the next step to explore a way to keep organic matter out of our landfill.

“It is important we get it right and that’s why we’re carrying out this trial in three suburbs. It will give us the chance to explore FOGO in a practical way.’’

The trial will start in September and target selected streets in Austinmer, chosen according to waste collection routes and will not cover entire suburbs.

About 1600 households will be included in the trial and those who fall within the zone will be notified by letter in July. A comprehensive information kit, a kitchen caddy and caddy liners will be delivered to residents in August ahead of the September start.

“I know a lot of people will be very excited by this step and I encourage those who are notified in July to embrace this trial,’’ Cr Bradbery said.

“I’d also like to assure them that they won’t be going into this alone. We’ve been working closely with Remondis to ensure there is information and support available to ensure they have everything they need to get behind the trial.

“This is why we need residents who are outside the FOGO trial to continue to use their green-lidded bins in the same way they always have – for garden waste only.

“It’s also important – and I need to emphasise – that for residents it’s business as usual in terms of bin pick up days. There are no changes to the days or frequency of bin collections. This is just an additional aspect to our waste management.’’

A journalist, writer and historian, Mick Roberts specialises in Australian cultural history, particularly associated with the Australian hotel and liquor industry. Mick has had an interest in revealing the colourful story of Australian pubs and associated industries for over 30 years. He is working on a comprehensive history of the hotel and liquor industry in the Illawarra region of NSW. Besides writing a number of history books, Mick managed several community newspapers. He has been editor of the Wollongong Northern News, The Bulli Times, The Northern Times, The Northern Leader and The Local - all located in the Wollongong region. As a journalist he has worked for Rural Press, Cumberland (News Limited), the Sydney city newspaper, City News, and Torch Publications based in Canterbury Bankstown, NSW.
View all posts by Mick Roberts »
« Sporting grants of up to $100,000 available from Council
Bulli to host iconic ironman and ironwoman series this summer »