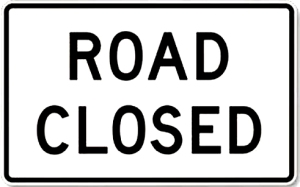 THE consultation period for the closure of Lawrence Hargrave Drive to allow essential works has been extended, State MP for Heathcote, Lee Evans has announced.
For the safety of motorists and workers, and to minimise disruption to residents, the Roads and Maritime Services intends closing the road in two stages each of four weeks, 24 hours a day.
The first four-week closure is proposed during February/March 2020 and the second during May/June 2020.
“I agree with those who have contacted me that closing the road is not acceptable, and I am working closely with the Minister’s office to explore other options,” Mr Evans said.
“This project is essential however I am working closely with Minister Constance to explore other options. I have been listening to the community and closing the road completely is just not good enough. It would have significant negative impacts on residents.”
Submissions have been extended to 5pm Friday August 30.
Mr Evans is urging residents with concerns to provide their feedback: rms.work/lhd-closure

A Sydney journalist, writer and historian, Mick Roberts specialises in Australian cultural history, particularly associated with the Australian hotel and liquor industry. Mick has had an interest in revealing the colourful story of pubs, inns and associated industries in Australia for over 30 years. He is currently working on a comprehensive history of the hotel and liquor industry in the Illawarra region of NSW. Besides writing a number of history books, Mick has owned and managed several community newspapers. He was one time editor of the Wollongong Northern News, The Bulli Times, The Northern Times, The Northern Leader and The Local - all located in the Wollongong region. As a journalist he has worked for Rural Press, Cumberland (News Limited), Sydney based, City News, and Torch Publications based in Canterbury Bankstown, NSW. He currently calls the inner-Sydney suburb of Surry Hills home.
View all posts by Mick Roberts »
« Looking Back history feature: The Bullocky and politics in the pub
Charges laid after Woonona and Bellambi police raids »