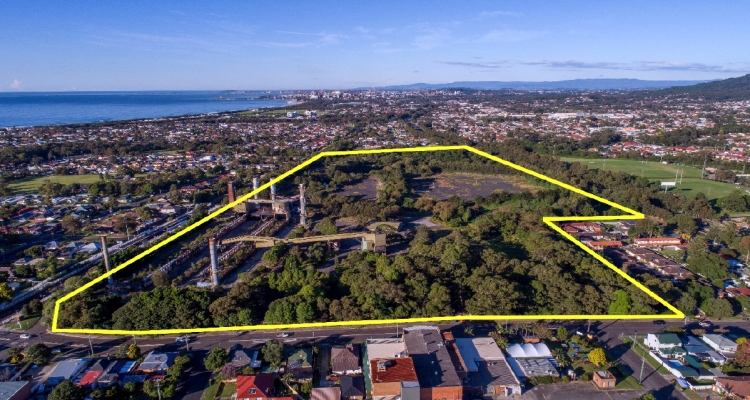 AN Interim Heritage Order over the Corrimal Coke Works site has been extended for an additional six months.

Council placed the Interim Heritage Order on the site in May after a Complying Development Certificate was issued by a private certifier to the site’s developer. The Certificate allowed for the demolition of the majority of structures on the site.

The order was placed while Council waited for additional studies and reports related to the site’s heritage to be completed.

Wollongong Lord Mayor Gordon Bradbery said the extension of the order will allow some outstanding heritage issues to be addressed, and means all structures will be retrained until a full heritage assessment is completed.

“This site has a long, industrial history and there is a process in play regarding its future,’’ Cr Bradbery said.

“Council has resolved to prepare a draft Planning Proposal that would allow this significant site to have residential development on it, and there has been a Gateway Determination by the NSW State Government which requested additional heritage documents be prepared before this proposal can go on public exhibition.

“This extension of the Interim Heritage Order will allow that work to be carried out. It also demonstrates to our community that we value this site’s history and want to ensure the appropriate processes are followed as we move towards calling for community feedback on the proposal.’’

A journalist, writer and historian, Mick Roberts specialises in Australian cultural history, particularly associated with the Australian hotel and liquor industry. Mick has had an interest in revealing the colourful story of pubs, inns and associated industries in Australia for over 30 years. He is currently working on a comprehensive history of the hotel and liquor industry in the Illawarra region of NSW. Besides writing a number of history books, Mick has owned and managed several community newspapers. He was one time editor of the Wollongong Northern News, The Bulli Times, The Northern Times, The Northern Leader and The Local - all located in the Wollongong region. As a journalist he has worked for Rural Press, Cumberland (News Limited), Sydney based, City News, and Torch Publications based in Canterbury Bankstown, NSW. He currently calls the inner-Sydney suburb of Surry Hills home.
View all posts by Mick Roberts »
« Northern schools take part in combined instrumental festival
Another Lawrence Hargrave Drive closure next week at Stanwell Park »