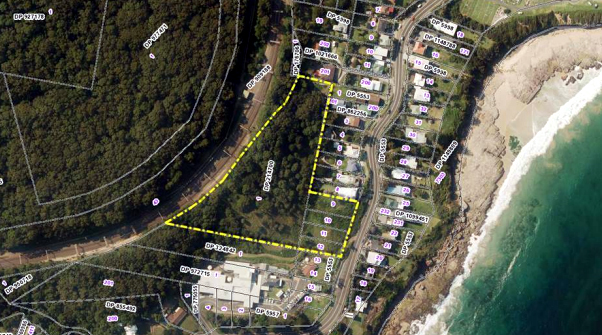 OPPONENTS of a development application (DA) for 16 residential lots in bushland beside Coledale Hospital say it will further choke a congested Lawrence Hargrave Drive, and should be rejected by Wollongong City Council.

Wombarra Vista Pty Ltd has lodged the DA, which is on public exhibition for comment until December 6, with the Council. The proposal includes construction of a new road to connect with Lawrence Hargrave Drive.

The group behind a campaign to stop the subdivision says the development would mean the removal of 40,000 cubic metres of soil and the destruction of natural habitat, while adding to traffic congestion on Lawrence Hargrave Drive.

“The scale and number of homes proposed for the site is inconsistent with the surrounding area and will ruin the character of the neighbourhood and overwhelm such a tiny community,” a group spokesperson said.

“Many native trees will be cut down. We can’t let this happen to our community and set a precedence for other large scale development.”

The group have initiated a petition, which is available here: 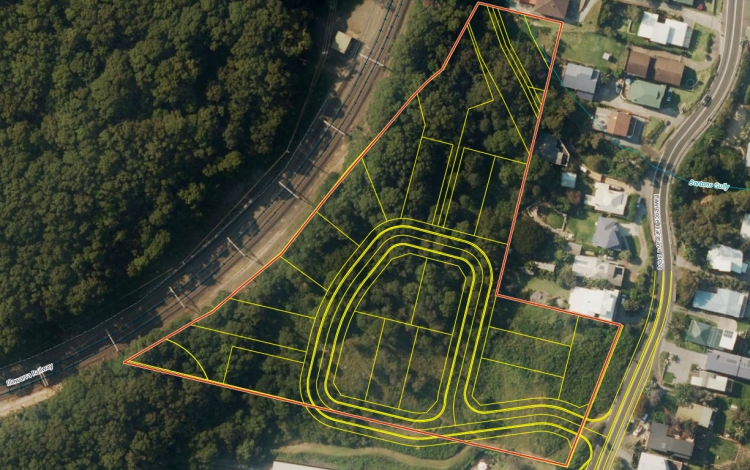 The plan for the subdivision. Picture: Wollongong City Council

A Sydney journalist, writer and historian, Mick Roberts specialises in Australian cultural history, particularly associated with the Australian hotel and liquor industry. Mick has had an interest in revealing the colourful story of pubs, inns and associated industries in Australia for over 30 years. He is currently working on a comprehensive history of the hotel and liquor industry in the Illawarra region of NSW. Besides writing a number of history books, Mick has owned and managed several community newspapers. He was one time editor of the Wollongong Northern News, The Bulli Times, The Northern Times, The Northern Leader and The Local - all located in the Wollongong region. As a journalist he has worked for Rural Press, Cumberland (News Limited), Sydney based, City News, and Torch Publications based in Canterbury Bankstown, NSW. He currently calls the inner-Sydney suburb of Surry Hills home.
View all posts by Mick Roberts »
« Looking Back history feature: The Bulli Royal Theatre
‘State of emergency’ as the Illawarra prepares for ‘catastrophic fire danger’ »