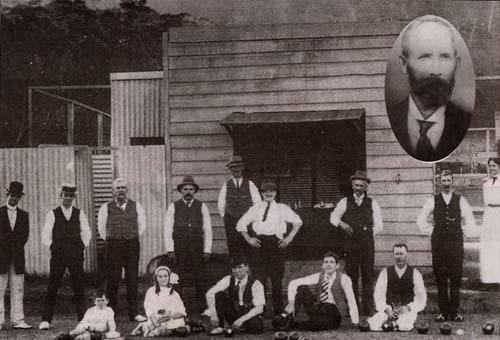 Corrimal Bowling Club members played against Woonona in their first inter-club match at Corrimal in 1907. The bowlers are pictured on the green in front of the club house, with the tennis courts to the rear. Third from left is pictured Woonona president John Kirton and inset is Corrimal’s first president Evan Davies. 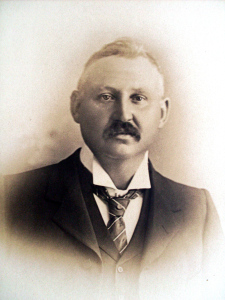 ALTHOUGH the formation year is recognised as 1905, Corrimal Bowling Club’s first inter-club game wasn’t played for another two years due to problems finding suitable turf.

An extract from the NSW Bowlers Annual 1906 reported the Corrimal Bowling and Tennis Club was formed in September 1905, “but owing to some preliminary difficulties in regard to the site of the club has not till now been able to make a fair start on the green. The present site has been leased to the club by one of the vice presidents (Mr…

A journalist, writer and historian, Mick Roberts specialises in Australian cultural history, particularly associated with the Australian hotel and liquor industry. Mick has had an interest in revealing the colourful story of pubs, inns and associated industries in Australia for over 30 years. He is currently working on a comprehensive history of the hotel and liquor industry in the Illawarra region of NSW. Besides writing a number of history books, Mick has owned and managed several community newspapers. He was one time editor of the Wollongong Northern News, The Bulli Times, The Northern Times, The Northern Leader and The Local - all located in the Wollongong region. As a journalist he has worked for Rural Press, Cumberland (News Limited), Sydney based, City News, and Torch Publications based in Canterbury Bankstown, NSW. He currently calls the inner-Sydney suburb of Surry Hills home.
View all posts by Mick Roberts »
« Fire rating reduced to low-moderate
Stanwell Park will have express train services during road closure »