Stanwell Park will have express train services during road closure 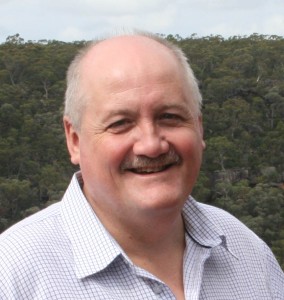 EXPRESS train services will be provided on the South Coast line from Stanwell Park Railway Station when Lawrence Hargrave Drive is closed for major safety work next year.

State MP for Heathcote, Lee Evans said on the back of community feedback, Transport for NSW and Sydney Trains will be providing temporary express stops for Stanwell Park residents travelling both north and southbound.

“Express services will stop at Stanwell Park during planned slope repair work which is essential to address the risk of a potential long-term closure on Lawrence Hargrave Drive due to land slippage,” Mr Evans said.

The extra services will mean that Stanwell Park will receive one weekend service to and from Sydney every hour for most of the day.

Mr Evans said this will be a temporary arrangement to provide an additional transport option to help the community go about their daily activities during this essential work.

“While the timing of this work is yet to be confirmed, Transport for NSW has determined this planned slope repair will not start prior to May 2020,” he said.

Mr Evans said express services will stop at Stanwell Park regardless of the closure option chosen. To give the community additional time to consider this information, the survey period will be extended and the community is encouraged give their feedback before 5pm Friday December 20.

“This feedback will help Transport for NSW determine how this work will be completed and give the community the opportunity to have their say,” Mr Evans said.

“The community can expect an update on closure options in early 2020.”

For more details on these options and to complete the survey, visit rms.work/lhd-closure. Residents who would like to change their feedback based on this update can email: southernprojects@rms.nsw.gov.au.

Interested community members can also read the report or watch a video summarising feedback received during the initial consultation period at rms.work/lhd-closure.

A journalist, writer and historian, Mick Roberts specialises in Australian cultural history, particularly associated with the Australian hotel and liquor industry. Mick has had an interest in revealing the colourful story of pubs, inns and associated industries in Australia for over 30 years. He is currently working on a comprehensive history of the hotel and liquor industry in the Illawarra region of NSW. Besides writing a number of history books, Mick has owned and managed several community newspapers. He was one time editor of the Wollongong Northern News, The Bulli Times, The Northern Times, The Northern Leader and The Local - all located in the Wollongong region. As a journalist he has worked for Rural Press, Cumberland (News Limited), Sydney based, City News, and Torch Publications based in Canterbury Bankstown, NSW. He currently calls the inner-Sydney suburb of Surry Hills home.
View all posts by Mick Roberts »
« Looking Back history feature: Turf problems delayed roll-up at Corrimal
Police ask for help after Bulli Tops’ bushfire »