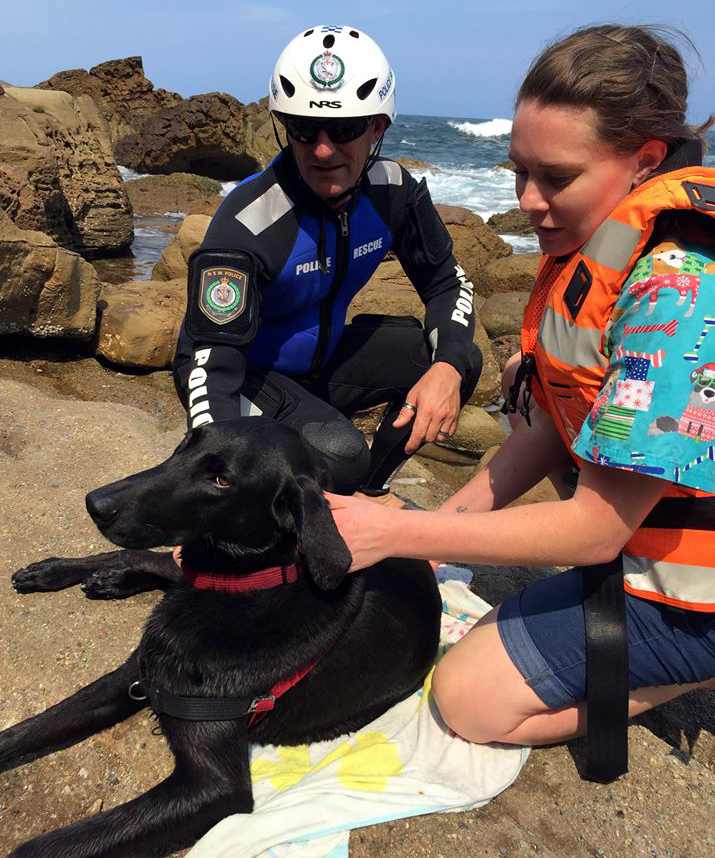 EMERGENCY services were called to Stanwell Park this afternoon where a dog had reportedly fallen from a cliff onto rocks, north of the beach.

Illawarra Police Rescue and NSW SES Wollongong City Unit were called out to what was thought to be a vertical rescue, however that changed with the incoming tide making the rescue more urgent.

Police Rescue reported that a new outside the square plan was hatched, with the assistance of Wollongong City Council Lifeguards, members of Helensburgh-Stanwell Park Surf Life Saving Club, and a dedicated vet nurse.

Remi the labrador-cross had fallen five metres over the cliff, and injured her front legs. Unable to walk, she was sedated by a veterinarian nurse before she was ferried by IRB to her waiting owners at Stanwell Park Beach, and taken to a veterinarian clinic for treatment. 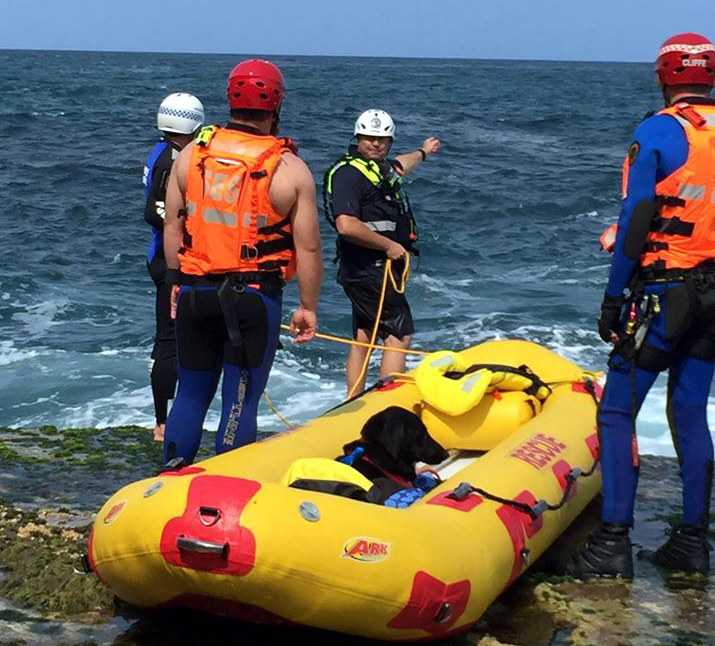 Remi is transported by raft from the base of the cliff. Picture: Illawarra Police Rescue Facebook 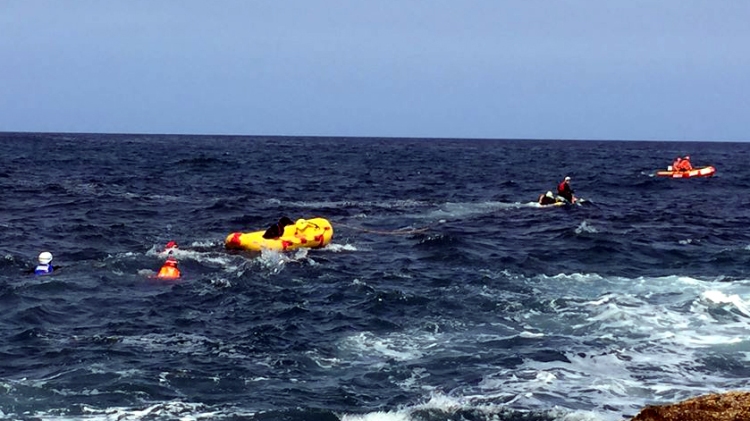 A journalist, writer and historian, Mick Roberts specialises in Australian cultural history, particularly associated with the Australian hotel and liquor industry. Mick has had an interest in revealing the colourful story of pubs, inns and associated industries in Australia for over 30 years. He is currently working on a comprehensive history of the hotel and liquor industry in the Illawarra region of NSW. Besides writing a number of history books, Mick has owned and managed several community newspapers. He was one time editor of the Wollongong Northern News, The Bulli Times, The Northern Times, The Northern Leader and The Local - all located in the Wollongong region. As a journalist he has worked for Rural Press, Cumberland (News Limited), Sydney based, City News, and Torch Publications based in Canterbury Bankstown, NSW. He currently calls the inner-Sydney suburb of Surry Hills home.
View all posts by Mick Roberts »
« Bellambi ocean pool opens ahead of tomorrow’s scorcher
Total fire ban Saturday as another catastrophic fire danger issued for Illawarra »