MORE than 60 Bulli Surf Life Saving Club members are amongst thousands of people sheltering on the NSW South Coast as catastrophic bushfires descend on the small township of Bermagui.

The Bulli club, that were leading the George Bass Surf Boat Marathon, have three, nine person boat crews, plus support crews and their families sheltering at a camp site beside the Bermagui Surf Club.

Bermagui was the finish point of the second leg of the marathon, a surf boat and ski race, covering 188km from Batemans Bay to Eden.

The Bulli Times understands the surf boat marathon has been either postponed or cancelled due to the bushfires, although organisers have not released an official statement.

The George Bass Marathon is the longest surfboat marathon in the world. Held every second year, the 2020 George Bass is the 21st event. The event has over 400 competitors, plus families and support taking part.

On day two of the Marathon, Bulli had repeated the results from the previous day, taking first place in the Men’s Open. 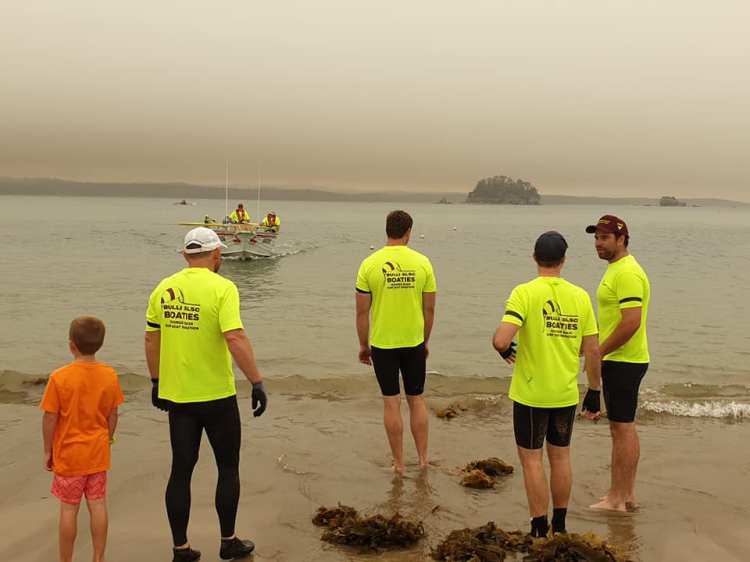 Lachlan O’Grady came in first in the ski race, while Bulli placed second in the veterans and fourth in the super veterans’ boat races.

In a statement on the Bulli Surf Club’s Facebook Page, a spokesperson posted:

“Hi all, just letting everybody know that TEAM BULLI is safe at Bermagui camp site right beside the surf club. George Bass Surf Boat Marathon has been cancelled for the rest of the event due to the surrounding bushfires. We are holding tight today & obtaining all relevant updated information from GB committee plus NSW alert messages. To everybody on the far south coast please stay safe & listen to all directives from authorities.”

The race was due to be completed on Saturday January 4. 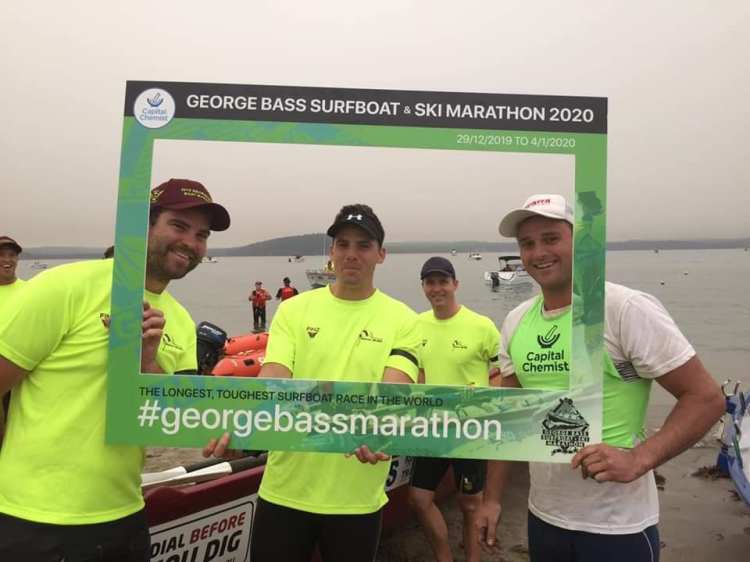 A journalist, writer and historian, Mick Roberts specialises in Australian cultural history, particularly associated with the Australian hotel and liquor industry. Mick has had an interest in revealing the colourful story of Australian pubs and associated industries for over 30 years. He is working on a comprehensive history of the hotel and liquor industry in the Illawarra region of NSW. Besides writing a number of history books, Mick managed several community newspapers. He has been editor of the Wollongong Northern News, The Bulli Times, The Northern Times, The Northern Leader and The Local - all located in the Wollongong region. As a journalist he has worked for Rural Press, Cumberland (News Limited), the Sydney city newspaper, City News, and Torch Publications based in Canterbury Bankstown, NSW.
View all posts by Mick Roberts »
« NYE show will still go on despite Wollongong’s fireworks cancelled
Bulli surf lifesavers pitch in at Bermagui Fire Evacuation Centre »