Posted by Mick Roberts ⋅ February 17, 2020 ⋅ Leave a comment
Filed Under  Bulli Make Do, Make Do and Ride 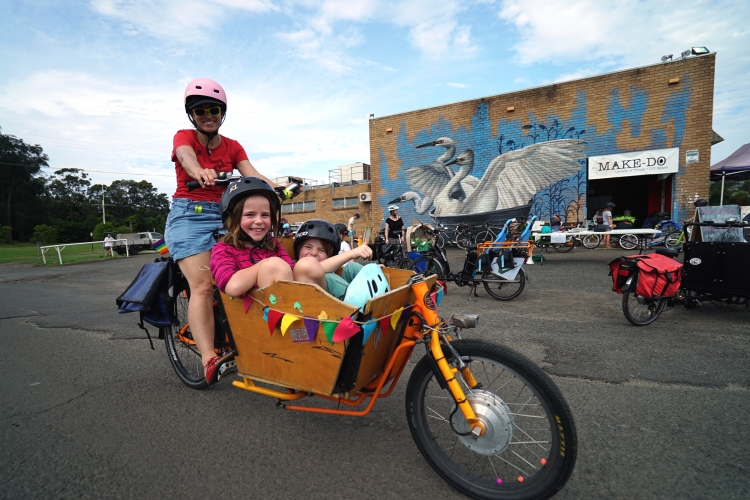 OVER 150 cyclists took part in the first ‘Make-Do and Ride’ family bike day event on Saturday, which culminated in a mass ride from the old Bulli Bowling Club greens to Woonona Beach.

Cyclists of all ages participated in free bicycle maintenance classes, while children decorated their bikes at a “Pimp my ride” stall and rode an obstacle course set up by organisers from Make-Do and Bike Wollongong, a local cyclist advocacy group. 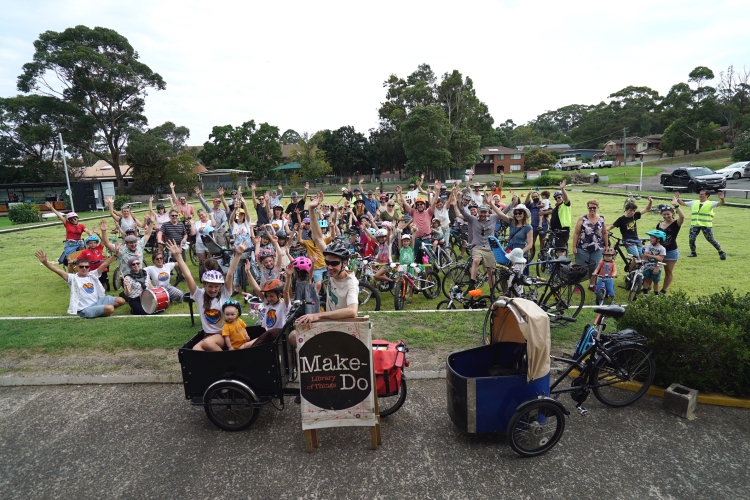 The rain held off for the whole event, where curious tyre kickers were able to test drive a range of electric cargo bikes and The Rising Tide Street band played a wonderful set.

Organiser Andrea Persico said the message of the day was simply- “ride your bikes”. “It’s thrilling to have so many kids spending the whole afternoon decorating and riding their bikes, and some grown ups considering bikes for transport,” Mr Persico said.

Another of the organisers, Matt Loft said he was pleased to see the smiles and hear the bells ringing as the cyclists set off on the ride as a large group. 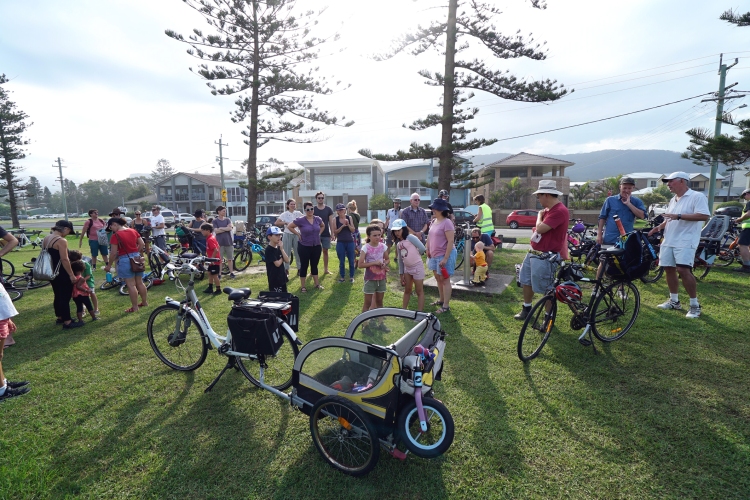 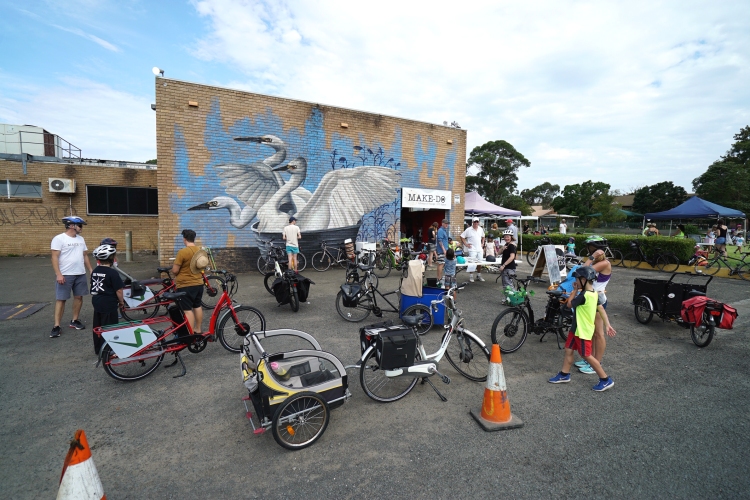 A journalist, writer and historian, Mick Roberts specialises in Australian cultural history, particularly associated with the Australian hotel and liquor industry. Mick has had an interest in revealing the colourful story of Australian pubs and associated industries for over 30 years. He is working on a comprehensive history of the hotel and liquor industry in the Illawarra region of NSW. Besides writing a number of history books, Mick managed several community newspapers. He has been editor of the Wollongong Northern News, The Bulli Times, The Northern Times, The Northern Leader and The Local - all located in the Wollongong region. As a journalist he has worked for Rural Press, Cumberland (News Limited), the Sydney city newspaper, City News, and Torch Publications based in Canterbury Bankstown, NSW.
View all posts by Mick Roberts »
« Looking Back history feature: Wollongong publican’s gruesome and violent end
Maintenance work to close Bulli Pass to traffic for two days »