Water restrictions to be eased in the Illawarra from March 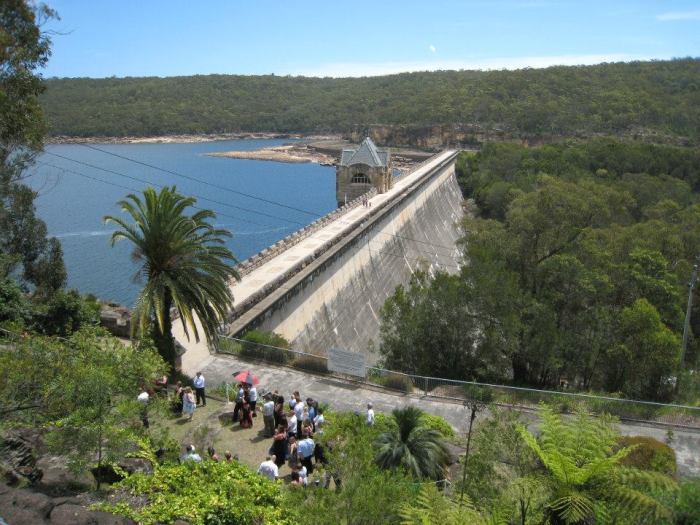 Cataract Dam, west of Bulli, which supplies part of Sydney and the Illawarra’s drinking water

THERE will be a few less dirty cars in the northern Illawarra from March 1 when water restrictions are eased due to a rise in current dam levels after recent heavy rainfall.

The news comes as Sydney and Illawarra’s dam levels reach 80 per cent on the back of February’s rainfall.

NSW Water Minister Melinda Pavey said the two-week delay in easing the restrictions was essential to alleviate the demand on the water supply network, and ensure water quality remained high.

“We recently experienced the biggest rain event in 20 years which has impacted the quality of water in the Greater Sydney Catchment,” Minister Pavey said in a statement.

Level 2 restrictions were introduced on December 10 2019 across Sydney, the Illawarra and the Blue Mountains, which included prohibiting the use of a hose to water the garden or wash the car.

Residents will also be allowed to wash their vehicles, boats and buildings using a hose with a trigger nozzle, high pressure cleaning equipment or a bucket and sponge under the level 1 restriction.

However, from March 1 residents will not be allowed to hose hard surfaces except for spot cleaning for health and safety reasons using a hose with a trigger nozzle, leave hoses unattended, or use sprinklers and watering systems except for drip irrigation or smart watering systems.

Businesses must apply for an exemption if they need to use water outdoors and can’t meet Level 1 water restrictions. If you have a current exemption for your business or have already applied, you don’t need to reapply.

Meanwhile precautionary measures enacted in the wake of unprecedented bushfire damage and the largest rainfall event since 1990 have been successful in protecting dam water quality, WaterNSW CEO David Harris has confirmed.

Warragamba Dam is resuming supply of raw water to the Prospect Water Filtration Plant after a considered decision was reached by WaterNSW experts earlier in the week to draw upon Prospect Reservoir as a precaution in case of water quality issues.

“Since December last year WaterNSW has been quite clear in saying that we wholly expected to encounter water quality challenges if large rainfall fell on bushfire-damaged parts of the Warragamba catchment, and were well-prepared with scientific expertise and operational contingency plans if that’s what eventuated,” Mr Harris said.

“We had a month’s supply in Prospect Reservoir available so we could draw on it until our expert monitoring team could fully understand the effects of the prolonged drought and extensive fire followed by heavy rainfall and confirm their confidence in the water quality in Warragamba.

“We spent the last week monitoring the intrusion into the Warragamba system and are now confident in resuming supplying raw water to Prospect Water Filtration Plant.

“Prospect Reservoir is regularly used to supply raw water to Prospect Water Filtration Plant. It’s a critical part of the system and it’s used quite often, when we take other parts of the supply system offline for planned maintenance.

“This is a standard part of operating Greater Sydney’s water supply network. Our experts regularly re-configure our network to deal with these issues and do so with minimal interruption to Sydney’s drinking water supply or quality.

“With safe raw water supply available from Prospect Reservoir, the people of Sydney would rightly have considered it irresponsible if we not taken every precaution with our decisions around raw water from Warragamba.”

During December and January, more than 320,000 hectares of the Warragamba Catchment was ravaged by fire. Since then, WaterNSW experts have been working to understand the potential consequences of the significant fire damage on water quality.

Monitoring continues by using sophisticated, real-time technology, which can predict any change in the dam storage’s water quality.

A journalist, writer and historian, Mick Roberts specialises in Australian cultural history, particularly associated with the Australian hotel and liquor industry. Mick has had an interest in revealing the colourful story of Australian pubs and associated industries for over 30 years. He is working on a comprehensive history of the hotel and liquor industry in the Illawarra region of NSW. Besides writing a number of history books, Mick managed several community newspapers. He has been editor of the Wollongong Northern News, The Bulli Times, The Northern Times, The Northern Leader and The Local - all located in the Wollongong region. As a journalist he has worked for Rural Press, Cumberland (News Limited), the Sydney city newspaper, City News, and Torch Publications based in Canterbury Bankstown, NSW.
View all posts by Mick Roberts »
« Maintenance work to close Bulli Pass to traffic for two days
Future of old Bulli Hospital site unsure, as heritage significance questioned »