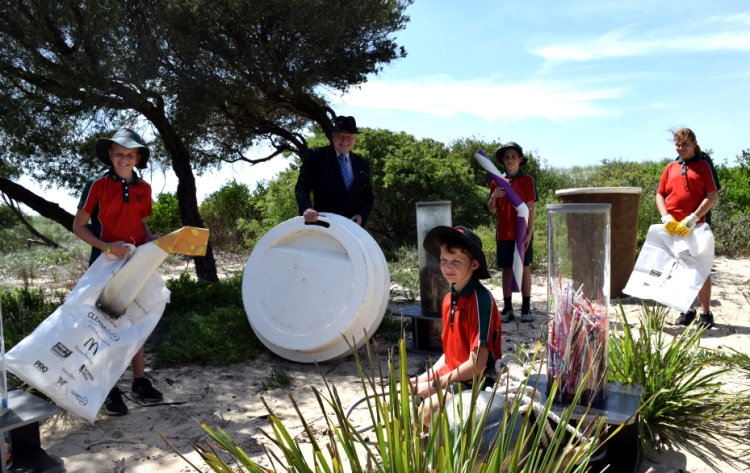 SCHOOL students made their way to Woonona beach today (Friday, February 28) to replace litter with low-lying shrubs and grasses for the launch of Clean Up Australia Day 2020.

Celebrating 30 years of Clean Up Australia Day community groups will have their opportunity to take part in cleaning up sites throughout the city on Sunday March 1.

“We know that our younger generations are passionate about their local beaches and parks and it’s great that students from East Woonona Public School came along today to help tidy and plant along the dunes,” Cr Bradbery said.

“We will also work with the local Woonona community on Sunday as part of the official day.

“Cigarette butts, plastics and packaging are the most common types of rubbish we find in the city. This rubbish makes it way to our beaches through the stormwater system. This rubbish can have a devastating impact on our marine and bird life.

Today 40 schools took part in clean up activities across the city. Over the weekend 25 community sites will be available where volunteers can register and take part.

Last year volunteers collected more than eight tonnes of garbage from various sites throughout the Wollongong local government area. It is estimated that about 130,000 tonnes of Australia plastic ends up in waterways and ocean each year.

Council’s website has details of the registration points. More details can be found on the Clean Up Australia official website.

All clean up bags and registration forms will be provided on Sunday March 1 from 9am to 12 noon at the registration points. 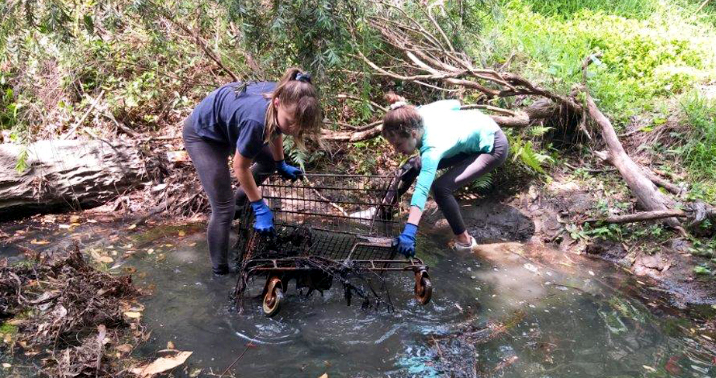 Volunteers are asked to bring along their own gloves, sturdy footwear and to remember to slip, slop and slap.

Clean up sites include:

A journalist, writer and historian, Mick Roberts specialises in Australian cultural history, particularly associated with the Australian hotel and liquor industry. Mick has had an interest in revealing the colourful story of Australian pubs and associated industries for over 30 years. He is working on a comprehensive history of the hotel and liquor industry in the Illawarra region of NSW. Besides writing a number of history books, Mick managed several community newspapers. He has been editor of the Wollongong Northern News, The Bulli Times, The Northern Times, The Northern Leader and The Local - all located in the Wollongong region. As a journalist he has worked for Rural Press, Cumberland (News Limited), the Sydney city newspaper, City News, and Torch Publications based in Canterbury Bankstown, NSW.
View all posts by Mick Roberts »
« International cricket comes to Fairy Meadow in March
Looking Back history feature: Tom’s tall tales from the box seat »