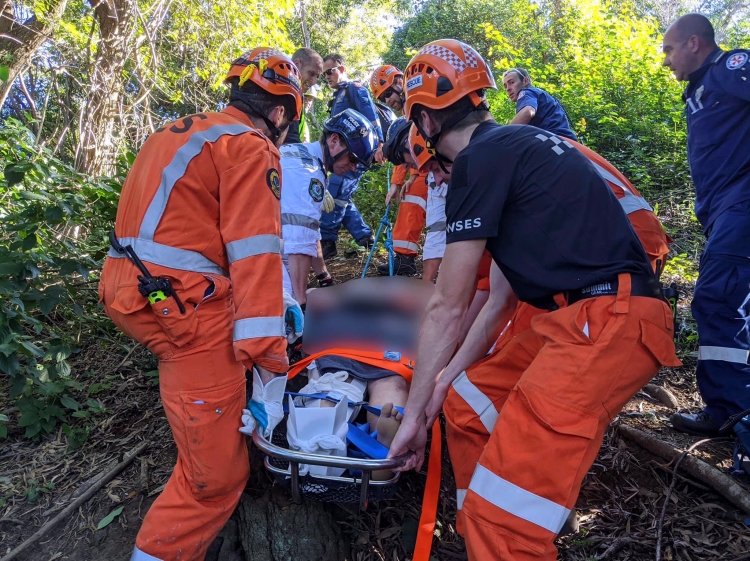 A YOUNG woman is recovering after sparking a major rescue operation at Clifton yesterday involving more than 25 emergency personnel from Fire and Rescue NSW, Police Rescue, Ambulance NSW, and the State Emergency Service.

The 18-year-old woman dislocated her ankle after she fell while climbing the cliffs to reach the “selfie lookout” overlooking the Sea Cliff Bridge.

Rescuers had to scale a 700m cliff face to reach the injured woman, who had climbed to the popular photography ledge, overlooking the Sea Cliff Bridge.

Emergency service personnel have continually warned of the dangers of the “selfie lookout”, which requires access through private land, including the South Coast Railway, using tracks to reach the escarpment bench. Emergency services say they are routinely risking their lives to save visitors accessing the area

Despite Wollongong City Council placing warning signs at the access point to alert visitors to the dangers, the popularity of the lookout continues to grow. 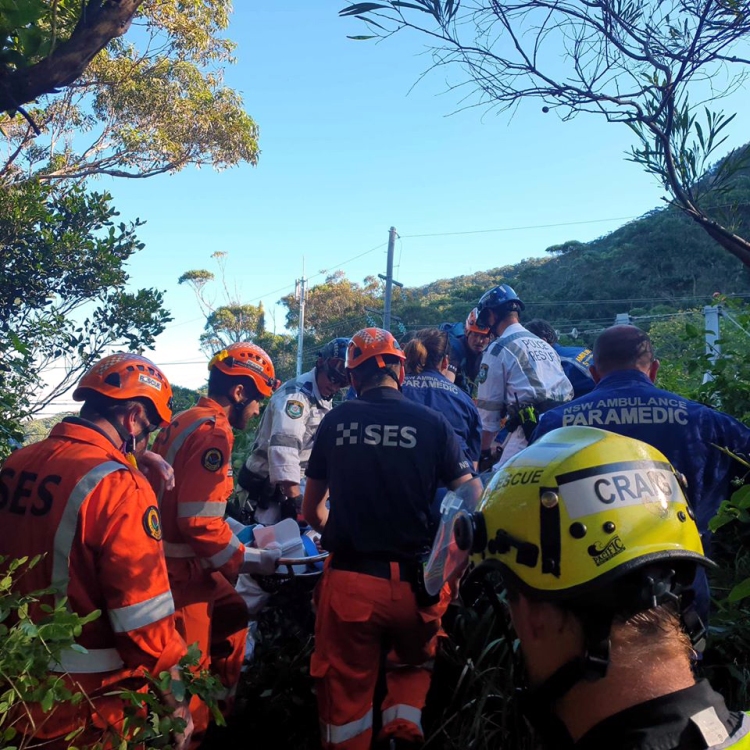 A journalist, writer and historian, Mick Roberts specialises in Australian cultural history, particularly associated with the Australian hotel and liquor industry. Mick has had an interest in revealing the colourful story of Australian pubs and associated industries for over 30 years. He is working on a comprehensive history of the hotel and liquor industry in the Illawarra region of NSW. Besides writing a number of history books, Mick managed several community newspapers. He has been editor of the Wollongong Northern News, The Bulli Times, The Northern Times, The Northern Leader and The Local - all located in the Wollongong region. As a journalist he has worked for Rural Press, Cumberland (News Limited), the Sydney city newspaper, City News, and Torch Publications based in Canterbury Bankstown, NSW.
View all posts by Mick Roberts »
« Austinmer bathers’ pavilion closes for extensive refurbishment and upgrade
New children’s playgrounds ready for testing at Thirroul, Coalcliff and Corrimal »