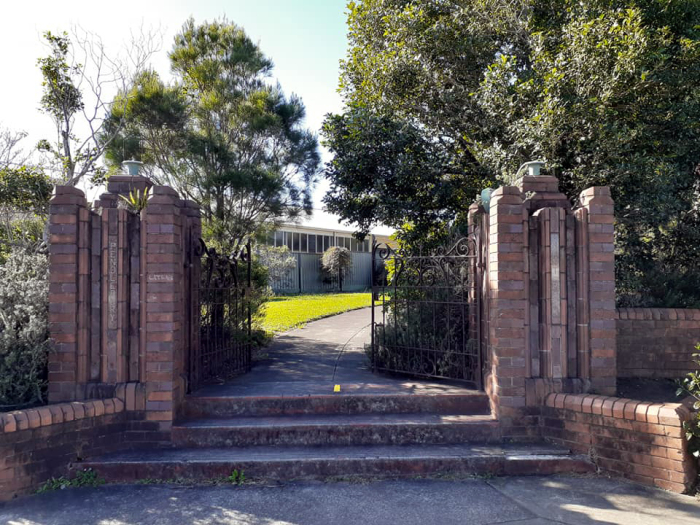 The Bulli Times contacted the two ward one councillors after concern was raised on social media regarding the neglected state of the park.

Community concern was raised over the overgrown gardens, broken brickwork on fencing, and a memorial fountain, which no longer operates. The fountain was dedicated to Joseph Pendlebury.

The Pendlebury family were responsible for pioneering the brick manufacturing industry in the Illawarra region. Thomas Pendlebury established the Woonona brickworks in 1898.

After The Bulli Times contacted Councillors Cox and Rimmer, who in turn requested Council staff consider adding the park to the capital works program. The park wasn’t previously on the list.

As a result, Council’s recreation services manager, Mark Bond said an investigation into issues at the park, including the restoration of the fountain, gardens, historic gates, walls and fences will now be undertaken.

Council’s Heritage coordinator has advised that further investigations are required prior to any works due to the heritage status of some of the elements in the park, such as the wrought iron gates and fountain. Once complete, the findings will help to create a plan of action, with funding sought for works in future years.

For more on the history of Pendlebury Park visit: Woonona rest park remembers pioneering brickmaker, Thomas Pendlebury at the Looking Back website.

Can you help by making a small credit card donation?

Would you like to make a small donation towards the operations and publishing of The Bulli & Clifton Times and/or the Looking Back websites? If you would like to support my work, you can leave a small donation here with your credit card. Your generous patronage of my work and research, however small it appears to you, will greatly help me with my continuing costs.

Or donate through PayPal

A journalist, writer and historian, Mick Roberts specialises in Australian cultural history, particularly associated with the Australian hotel and liquor industry. Mick has had an interest in revealing the colourful story of pubs, inns and associated industries in Australia for over 30 years. He is currently working on a comprehensive history of the hotel and liquor industry in the Illawarra region of NSW. Besides writing a number of history books, Mick has owned and managed several community newspapers. He was one time editor of the Wollongong Northern News, The Bulli Times, The Northern Times, The Northern Leader and The Local - all located in the Wollongong region. As a journalist he has worked for Rural Press, Cumberland (News Limited), Sydney based, City News, and Torch Publications based in Canterbury Bankstown, NSW. He currently calls the inner-Sydney suburb of Surry Hills home.
View all posts by Mick Roberts »
« Police seeking assistance to find wanted man on outstanding warrant
After a two month closure, Lawrence Hargrave Drive to reopen Sunday night »