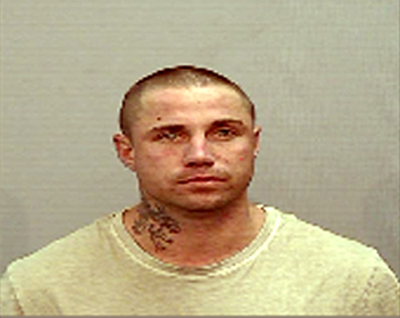 POLICE are seeking assistance from the public to locate a man wanted on an outstanding warrant.

Jesse Kinniment, aged 32, is wanted on an outstanding warrant for drug related offences.

Wollongong police have commenced inquires into his whereabouts and are appealing for public assistance. He is described as being of a Caucasian appearance, between 165cm to 170cm tall, of a muscular build, with short light brown hair and brown eyes.

Jesse previously resided in the Wollongong, Woonona and Thirroul areas; however, his current whereabouts are unknown.

Anyone who sees him is urged not to approach him but instead call triple zero (000).

A Sydney journalist, writer and historian, Mick Roberts specialises in Australian cultural history, particularly associated with the Australian hotel and liquor industry. Mick has had an interest in revealing the colourful story of pubs, inns and associated industries in Australia for over 30 years. He is currently working on a comprehensive history of the hotel and liquor industry in the Illawarra region of NSW. Besides writing a number of history books, Mick has owned and managed several community newspapers. He was one time editor of the Wollongong Northern News, The Bulli Times, The Northern Times, The Northern Leader and The Local - all located in the Wollongong region. As a journalist he has worked for Rural Press, Cumberland (News Limited), Sydney based, City News, and Torch Publications based in Canterbury Bankstown, NSW. He currently calls the inner-Sydney suburb of Surry Hills home.
View all posts by Mick Roberts »
« Librarians may wear masks at Helensburgh, Thirroul and Corrimal
Council will investigate restoring Woonona’s historic Pendlebury Park »